Veterans: Why we want to make a difference 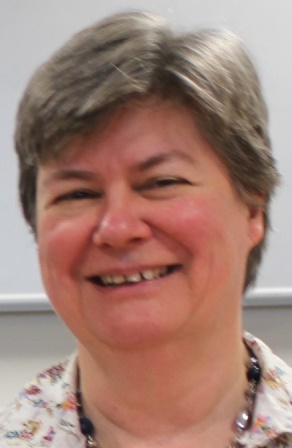 One of the great inspirations for me in wanting to become a GP so many years ago was the chance to make a difference to people’s lives.

As we look forward to another new year, I’m hoping that 2017 will be a time when we can finally make a positive difference to one important section of our community – the men and women who have served in our Armed Forces.

A few weeks ago, the CCG, in association with the Old Portsmouth-based Company of Makers, held a major healthcare event at the Mountbatten Centre, which was attended by an audience of mainly ex-Service personnel – the Royal Navy, The Army and the Royal Air Force.

The event, which was a full house, was mainly staged to feedback, for the first time in public, the results of a major veteran’s healthcare survey undertaken for the CCG by the Company of Makers.

As home to the Royal Navy and a former major army garrison town, I strongly feel that the Portsmouth community, including the NHS, has a duty to make special efforts to understand some of the issues facing former Service personnel as they try to integrate as seamlessly as possible into civilian life.

At the start of this process, the CCG set out to try to encourage many more ex-Servicemen and women to register as veterans with their GP practice and ensure that their GP knows that they are veterans and is aware of some of the potential issues that result from Service life so we ‘catch them before they fall.’

Importantly, we also wanted to give veterans a voice to influence and co-design the services they receive and take more responsibility for managing their own long-term conditions.

The survey has given us valuable evidence which highlights a number of issues, some of which we previously suspected but now have the evidence to try to address.

The recommendations which have come out of this report, and the staging of the healthcare event, are evidence that we mean business and are determined to make a real difference to the healthcare – and lives – of the men and women who have served their country so well.

The summary report is available on this website by clicking here.

Not all of the discussion points that come out of this report are issues that the CCG can address or solve – as they are outside of our remit.

But where we can act to try to make a difference, we will.

The recommendations include a marketing campaign to encourage more veterans to ensure that they inform their GPs that they are ex-military personnel – and establishing a citywide Patient Participation Group specifically for veterans, so that we, as a CCG, get to hear their views first hand and can involve them in planning and delivering healthcare services across Portsmouth.

Your email address will not be published. Required fields are marked *

This site uses Akismet to reduce spam. Learn how your comment data is processed.